Through collaborative and culturally responsive processes, we bridge the divide between Native communities and the organizations that seek to partner, consult and collaborate with them.

From a foundation of indigenous methodologies underscoring transparency, accountability and reciprocity — with the land and all beings — and a holistic approach, we strive to disrupt Western thinking, by offering alternative Native perspectives, reshaping the way the world considers Native histories as they’re reflected in contemporary issues, lived experiences, cultural practices, and a real, sustained stewardship of the land.

Whether we’re supporting individuals or organizations, we are engaged in all aspects of work surrounding the integration of Native values and the restoration of balance between humans and the natural world. We believe that Diversity, Equity and Inclusion work developed in a Western framework, focusses too heavily on human-to-human interactions and ignores that we share the world with myriad non-human life forms and the impacts we have on the earth itself. While useful in many ways, most DEI work also skips over the genocide that occurred here, in North America and how that history has devastated the lands in which we inhabit.

By recognizing and integrating Native goals and values while privileging Native ideologies and needs, we believe we can work together toward healing the trauma that attempted colonial processes have had on our collective hearts and minds as well as the earth we share.

It is vital to know the origins of the word, to understand colonialism and its impacts on Native communities, ancient cultures and the proper stewardship and relationship with the land. We borrow from and expand upon the Native scholars whose work first grappled with the term and seek to engage with all the forms decolonization takes today. While we agree with Eve Tuck and K. Wayne Yang that “decolonization is not a metaphor” we do operate from a belief that a system of actions related to a theory of applied decolonization, leads to real sustained change in the direction of undoing and healing the myriad impacts of colonialism.

As defined by Michael Yellowbird and Waziyatawin

Colonization is, “the formal and informal methods (behavioral, ideological, political, and economical) that maintain the subjugation and or exploitation on indigenous peoples, lands and resources.”

Decolonization is, “the meaningful and active resistance to the forces of colonialism that perpetuate the subjugation and/or exploitation of indigenous minds, bodies and lands. Decolonization is for the ultimate purpose of overturning the colonial structure and realizing indigenous liberation.”Colonization is, “the formal and informal methods (behavioral, ideological, political, and economical) that maintain the subjugation and or exploitation on indigenous peoples, lands and resources.”

What does it mean to “Decolonize”?

Decolonization has become a buzzword, a bandwagon, a trend.  Some Native scholars have expressed that true decolonization cannot be achieved, and they may be right. At Live Oak, we believe that through our decolonizing interventions, we’re creating a more balanced world. We believe that much of the imbalance that we face as a species is related to the genocide of the Native peoples who had long, sustained relationships with the Natural world. With their attempted erasure, the planet and its people have lost precious knowledge about how to live with mutual-respect and harmony. Yet Native peoples rise, and reclaim a place of wisdom and guidance.

A commitment to decolonization looks different for the various organizations we engage with and our applied decolonization work will never be a one-size-fits-all. But as we expand the work, models for effective change will emerge. Encouraging individuals and institutions to recognize the burden they may be placing Indigenous people and limiting their emotional labor will begin to be common practice. We are only beginning, and much of what we do will develop in dialogue with Native partners, and with you.

Through a system of applied decolonization, we seek to restore Native values to colonized lands. The core principles and values associated with this three-phase process aims to:

Organizations charged with caring for Native American cultural materials and representing Native life through exhibits and programs, must begin to develop a sustained, reciprocal dialogue with Native communities. We know that this can be daunting for these institutions, that have a long history of alienating Native peoples, and we aim to help bridge the gap and work toward healing the trauma of that destructive history.  Live Oak offers individuals and institutions the opportunity to recognize their place in this problematic history, affording them the possibility to change their approach and understanding, breaking cycles of exploitation and erasure.

We provide training and guidelines for individuals and organizations in order to ease the anxiety around presenting and teaching tough subject matter, managing sensitive collections, and outreaching to Native communities/artists/knowledge holders.

As scholars in the field of museums and environmental stewardship, we see the growing trend to make policy and projects more democratic. What is democracy, without decolonization?

Our goal is to demystify the process of decolonization, while making it actionable, for anyone. The best place to begin is to attend a Decolonization 101 training.

Coming Soon! As a new 501c3, the Live Oak Center for Applied Decolonization (LOCAD) is an organization committed to dismantling systems of oppression. We seek to supplant faulty imported western ideals with indigneous values and practices in alignment with the earth and all those who inhabit it. We are a Native-led, ally-supported organization. LOCAD will… END_OF_DOCUMENT_TOKEN_TO_BE_REPLACED 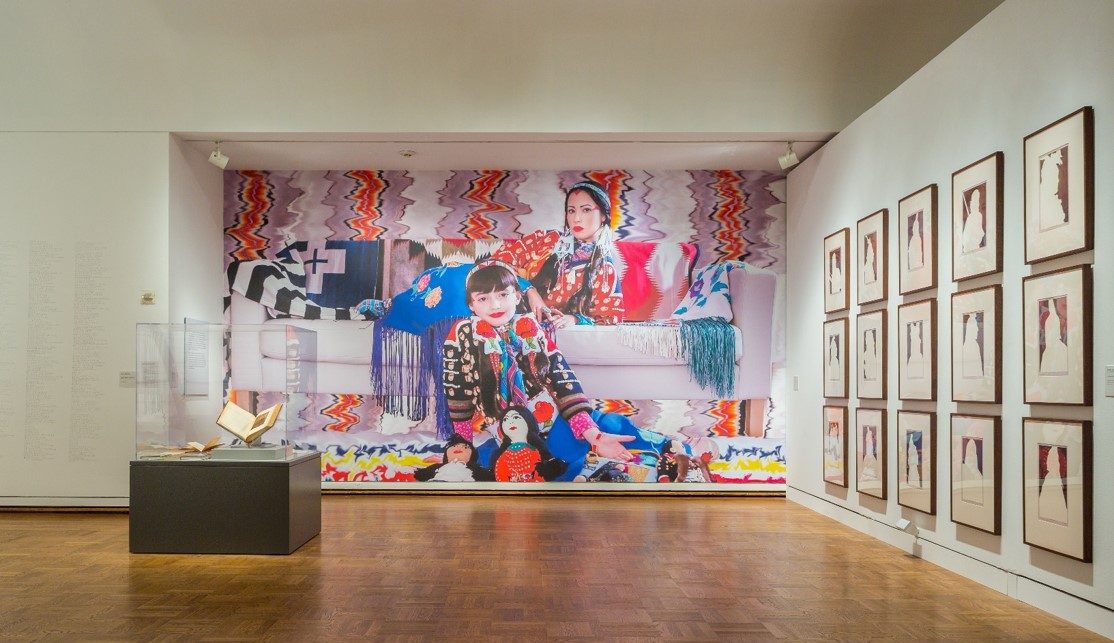 We believe museums have the power to change the way people think, feel and operate in the world.

Live Oak is currently offering Introduction to Decolonization as well as Principles of Decolonization Module Series to various organizations and businesses as well as developing online module series for individual and organizational decolonization trainings. Contact us for more information on current training offerings. What does it mean to “Decolonize”? Decolonization has become a buzzword. It’s… END_OF_DOCUMENT_TOKEN_TO_BE_REPLACED